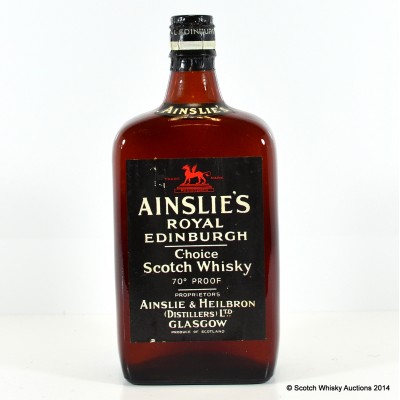 This lovely old bottle of Ainslie's whisky has an original Spring Cap, with a fill level just at the bottom of the neck, high in the shoulder.

Featured in The 38th Auction, ended June 1, 2014
Send to a friend or post on:
FacebookTwitter