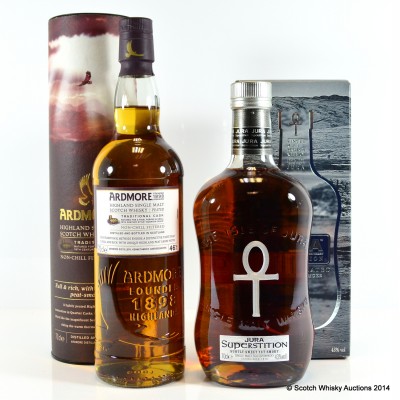 A young peated Speysider from the excellent Ardmore distillery, Ardmore traditional Cask has been finished in quarter casks to speed up maturation.

Gold Medal in its category at the World Whisky Awards 2010.

Lightly peated with hints of smoke and spice. Gold Winner at the 2009 SFWSC Awards.