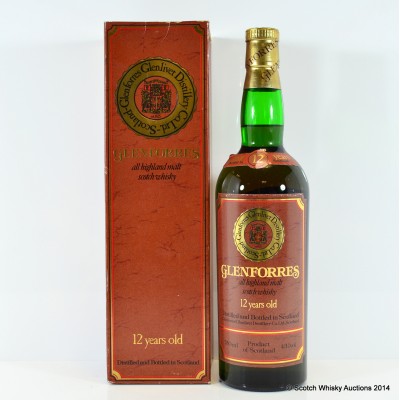 Glenforres 12 year old.”All Highland Malt”. Released by the Glenforres Glenlivet Distillery Co. Ltd. for the French market in the late seventies/early eighties. This company worked in conjunction with “Edradour” Distillery through the late 19th & 20thCentury until the early 1980’s, much of the Edradour product was bottled in Glenforres malt, indeed it is the dominant component of this early 1980’s expression. Released @ 750ml. & 43%, labels & bottle are pristine.