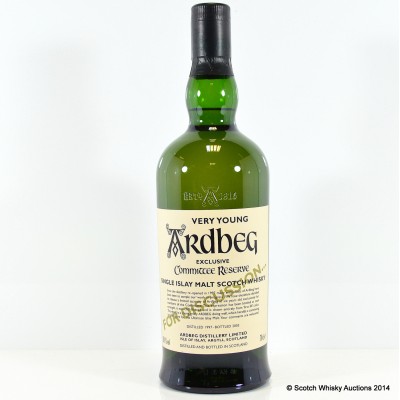 A very rare bottling from the Ardbeg Committee. A limited edition of 1,392 bottles released exclusively to distillery Committee Members. The whisky is 6 years old, this was the first release entirely using spirit distilled since the distillery reopened in 1997. The whisky is a vatting of three bourbon hogsheads and one sherry butt.

Bottle Number: One of 1392 bottles released