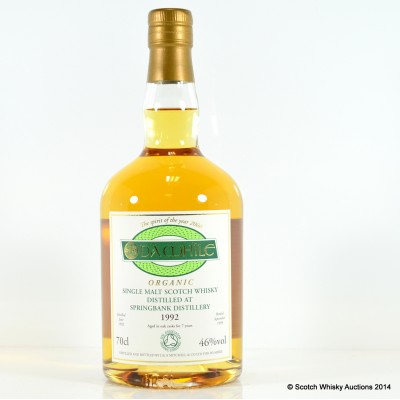 The first organic single malt Scotch whisky, made to celebrate the Millennium. Named 'Da Mhile', meaning 2000 in Gaelic, this fantastic whisky is a limited release of just 1000 bottles. Comes from Springbank, which was the only distillery able to meet the exacting organic standards of the vendor, John Savage-Onstwedder