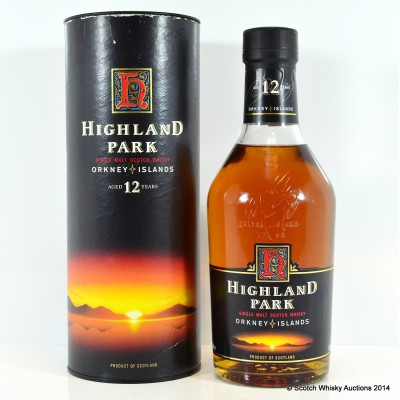 This classic slope shouldered 1990’s dumpy bottle released for export from the Orkney Islands. Described by the late great whisky guru Michael Jackson as the greatest all rounder in the world of whisky. Bottled @ 700ml. @ 43% the bottle and labels are pristine, good level, in orginal cardboard tube which shows some wear around the top.