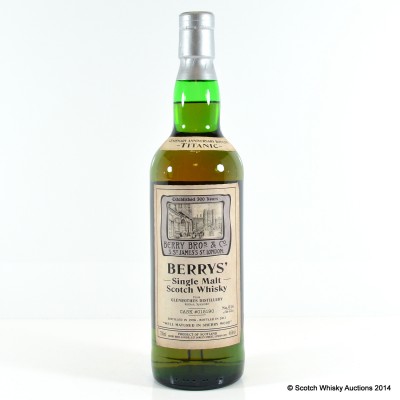 On the 17th of April 1912 Berry Bros & Co received a letter from the White Star Line detailing the loss of 69 cases of their wines and whiskies which were aboard the liner, the RMS Titanic. The ship foundered two days earlier. The letter was dated the 16th April 1912.

A framed copy of this letter has hung upon the wall of Berry Bros. & Rudd’s famous London shop at No.3 St James’s Street for many years so the company needed no reminder that the sad centenary of the disaster would one day be upon us but in spite of the overwhelming sense of tragedy there were some outstanding acts of courage and bravery