Ardbeg Lord Of The Isles 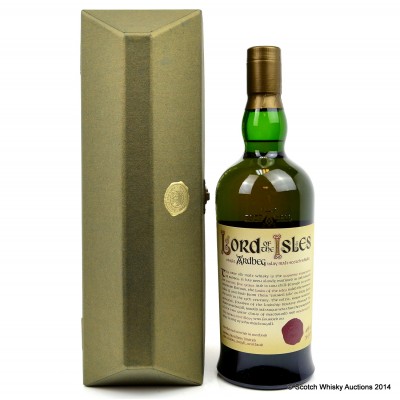 A spectacular 25 year old Ardbeg. Stunning packaging which includes a collectable scroll. The Lords of the Isles ruled the Western Isles of Scotland from the 12th to the 15th centuries. One of the more scarce Ardbeg bottles.

According to our friends at the Ardbeg Project, this bottle was released for the Swedish market in 2007.