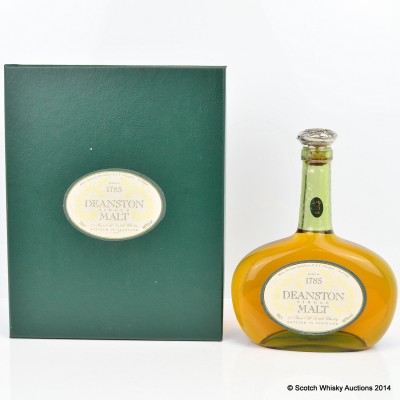 Limited distillery-bottled Deanston 25 year old, probably bottled in the 1990s. Until recently little was seen of Deanston, as most of its output goes into the Scottish Leader blend.