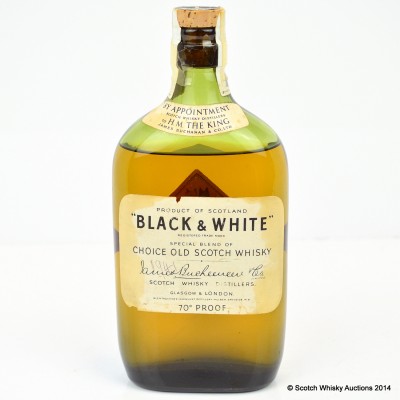 This is an antique bottling of Buchanan's Black & White produced in 1947.

Please note the seal has some damage but is intact.