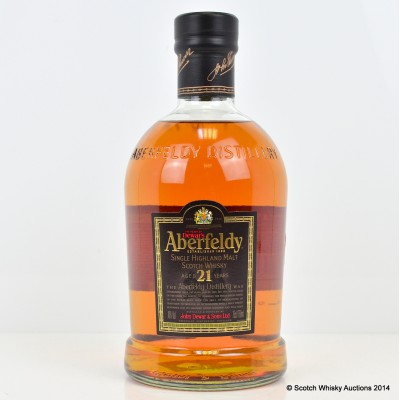 Launched in October of 2005, this 21 year old lies at the core of the Aberfeldy range and is something of a flagship for the brand. This bottling was heralded as the Best Mainland Single Malt at the World Whisky Awards 2007.