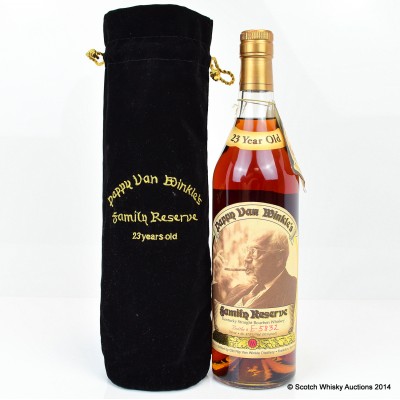 Perhaps the most sought after bourbon in the world, Pappy Van Winkle's 23 year old Family Reserve is released in small batches of only 3,000 bottles.The barrels for the release were carefully selected from the heart of the warehouse. This particular bottle comes from the 2013 release.

Van Winkle themselves recommend that this whiskey "should be enjoyed neat. Any ice or water will dilute the uniqueness".