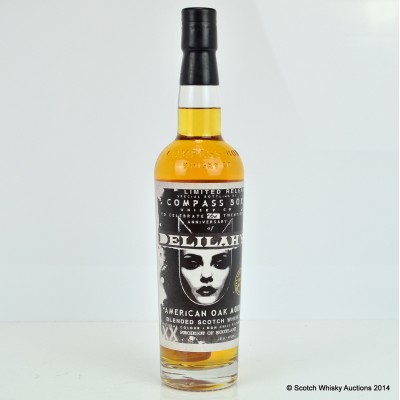 Compass Box are the brilliant blending company that have brought us both ''Spice Tree'' and ''Peat Monster''. Known for their shenanigans and highly experimental whisky projects.

This one is a limited release to celebrate the 20th Anniversary of Chicago's Delilah punk rock whisk(e)y bar. Using both ex bourbon barrel and new american oak hogsheads to create a very close cousin to bourbon whiskey for people to enjoy.

Bottle Number: One of 6324 bottles released