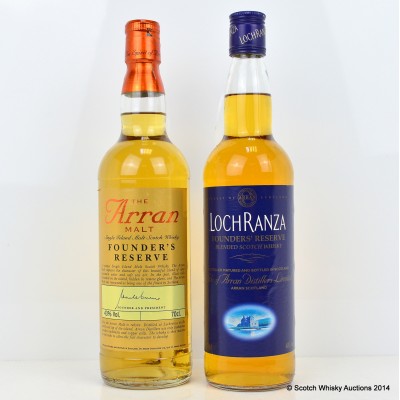 No age statement but believed to be around 5 years old. It was issued to the Founder's Bondholders only in 2001.

A blend from Arran which was created for the investors of the distillery when it was first built. A large portion of the blend is made up of Arran malt whisky.