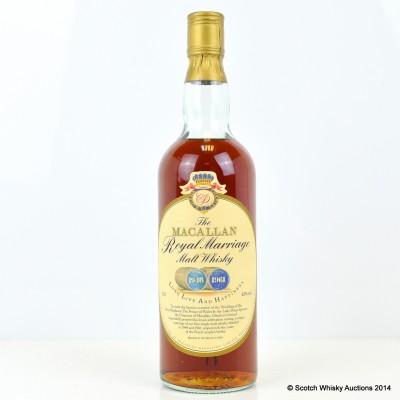 This superb Macallan bottling was released in 1981 to commemorate the marriage of Prince Charles and Lady Diane Spencer.

A unique vatting of Macallan single malts distilled in 1948 and 1961, which represent the Royal birth years. 75cl and bottled at 43%