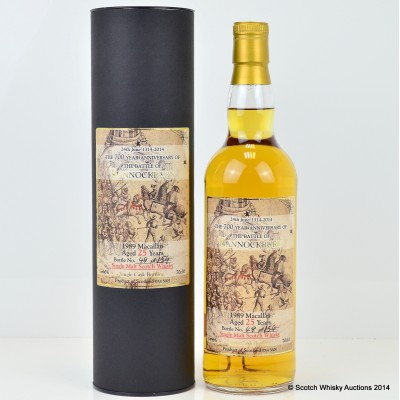 This Macallan has been bottled to commemorate the 700th anniversary of the battle of Bannockburn. On the label is the oldest known depiction of the battle and features the legendary spider which is supposed to have inspired Robert the Bruce and led him to victory.