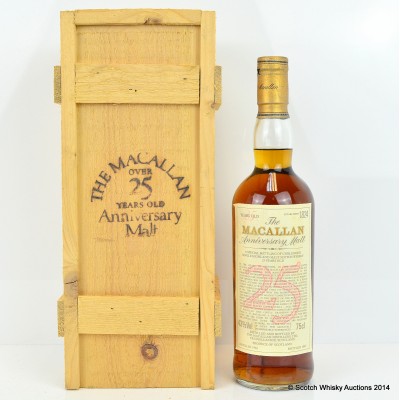 Limited edition anniversary bottling in wooden box with straw lining. The whole nine yards! This bottle is one of the oldest Anniversary Malts we've had here at SWA. A real treasure of a bottle, we know it's going to be popular!