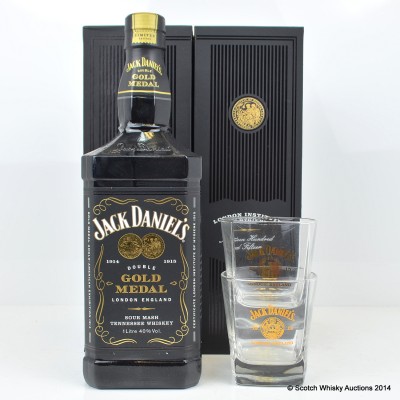 The gift box has been designed to commemorate almost 100 years since it won two gold medals in London.

The Tennessee whiskey was awarded a gold medal in 1914 by the Anglo-American Exhibition held in London, which honoured the two countries’ contributions to the world, and then in 1915 by the Institute of Hygiene for continuing standards following Jack Daniel’s death.

It was available from 2012 available only in World Duty Free shops in the UK.

Please note that there is some damage to the inside of the box.