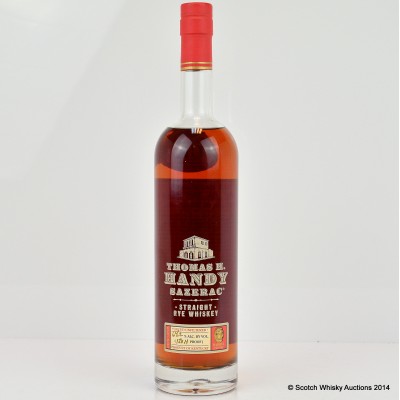 This is the 2013 release of Thomas H Handy Sazerac, as part of the Antique Collection by Buffalo Trace. Who was Thomas H Handy? He was a New Orleans bartender who rose to fame as the first to use rye whiskey in the Sazerac Cocktail. This is Buffalo Trace's nod to him. And what a nod it is, with a glittering collection of awards to boot including Jim Murray's Whisky Bible World Whiskey of the year as well as Rye of the year. An instant sell out, grab this bottle while you can.