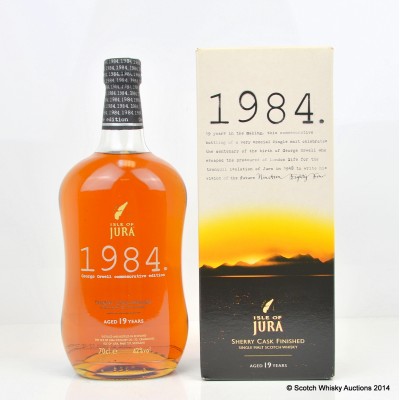 This 19 year old sherried finish cask malt was distilled in 1984 to commemorate the George Orwell masterpiece "Nineteen eighty-four", which he penned during his stay on the Island of Jura. It was here Eric Blair (his real name), as he was known to the islanders of Jura, spent the most of his last 3 years in a remote house whilst critically ill from tuberculosis. He sent the typescript in 1948 to his publishers which was released in 1949 shortly before his death in 1950.