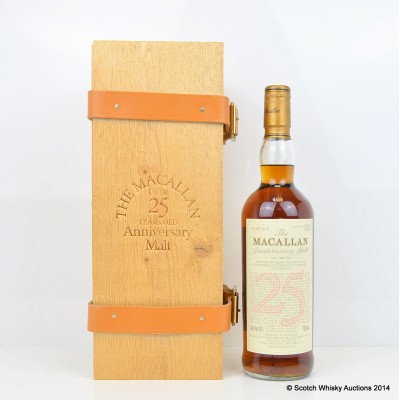 Limited edition anniversary bottling in wooden box with straw lining. The whole nine yards! This edition of the anniversary malt does not have a distillation year or bottling year stated on the label, unlike some other editions.