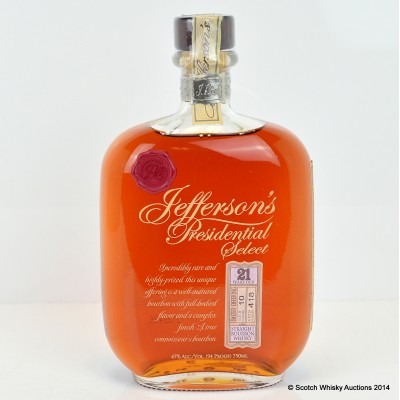 Father and son team, Trey and Chet Zoller head up Jefferson's Bourbon. This Presidential Select is blended from just 15 casks of Bourbon aged 21 to 24 years, Jefferson's 21 Year Old bourbon pays homage to one of America's most important founding fathers, Thomas Jefferson. A distiller in his own right, Jefferson routinely turned excess grains from his farm into drinkable spirits.

This bottle is a US import.