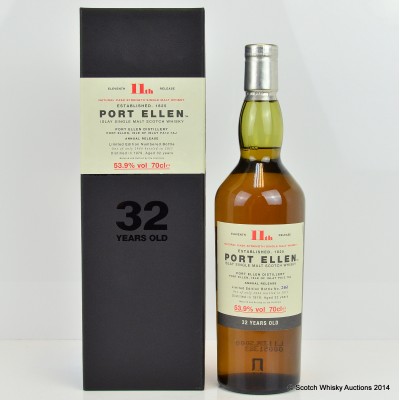 The first Port Ellen 32 year old to come from the distillers. The 11th of a limited series of annual releases. The distillery was mothballed in 1983, then demolished. The warehouse is still there, allowing Diageo to release annual bottlings. No more can be made, so these are incredibly sought after.