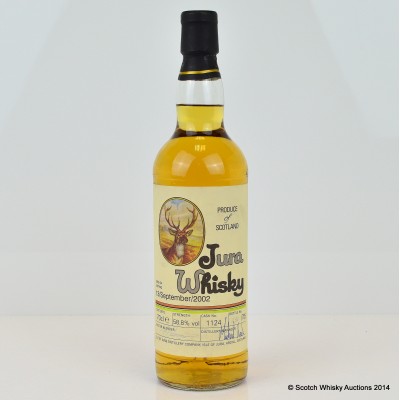 A little-known experimental vatting of Isle of Jura from Sept 13, 2002 that was a young, heavily-peated cask from 1999 married for a year with a much older cask from the 1970s.

The long marrying time allowed these two very contrasting styles to fully integrate with each other.

Signed by Master Blender Richard Paterson and the then distillery manager Mickey Heads.