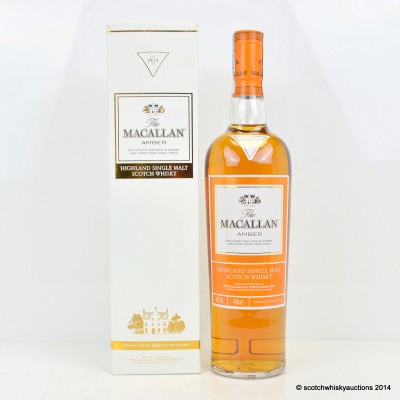 A new four-part range of Scotch whisky, The Macallan 1824 Series, which is discerned by the colour of the liquid rather than age.

The Series launched last September in the UK with the release of The Macallan Gold, matured in both American oak and Spanish oak Oloroso sherry casks.

The Series as a whole will also replace The Macallan’s fine oak and sherry oak expressions from 10 Year Old to 17 Year Old, making the 18 Year Old the youngest whisky in its portfolio with an age statement.

The Macallan 1824 Series is separate to The Macallan 1824 Collection that is currently exclusively available in global travel retail. The Series may come to be known as ‘The Colour Range’ in time.