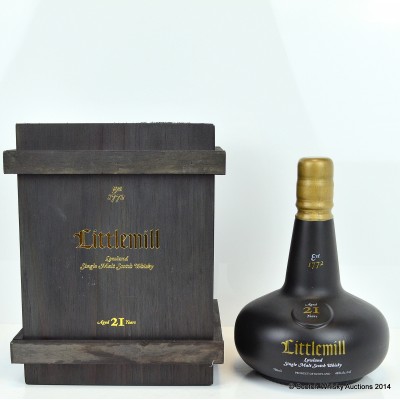 This whisky is packaged in a rather fetching bottle, and despite the buildings no longer existing, comes from Scotland's oldest distillery still releasing stocks. The Littlemill distillery dates all the way back to 1772 but sadly closed in the early 90's and was demolished at the turn of the millennium.