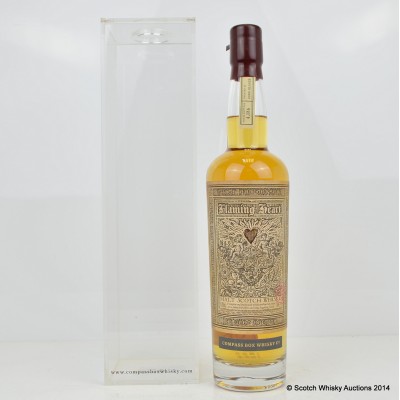 This edition of Compass Box Flaming Heart is the 3rd such release. This one coincided with the 10th Anniversary of Compass Box and their whisky producing magic. In a bottling they describe as being "whisky born of fire, yet one with a big heart". We're fans already!

One of 4186 bottles released