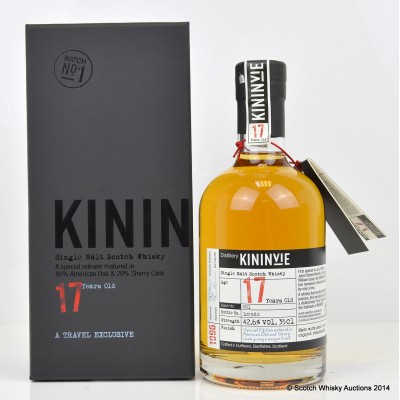 However this has all changed the with release of small batch editions. At present, there are two small batch releases, one for the Taiwan and UK markets respectively. This 17 year old sees the first release of Kinivie for the Travel Retail sector. Aged in 80% American Oak and 20% Sherry casks, so the same as it's sister bottlings, this is a meaty little dram.