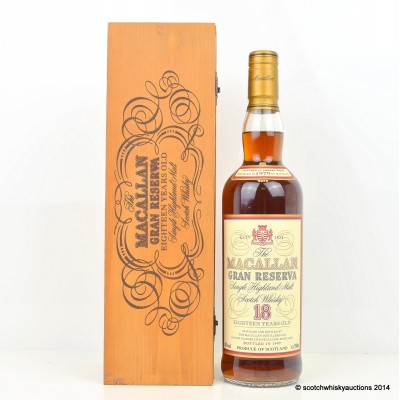 A truly classic sherried Macallan, the 1979 is regarded as the best of the highly-sought-after Gran Reserva series released in the 1990s to showcase the extreme end of sherried whisky from the distillery. Scoring 91 points on Serge Valentin's whiskyfun.com, this is one of the landmark Macallan releases of the last twenty years.