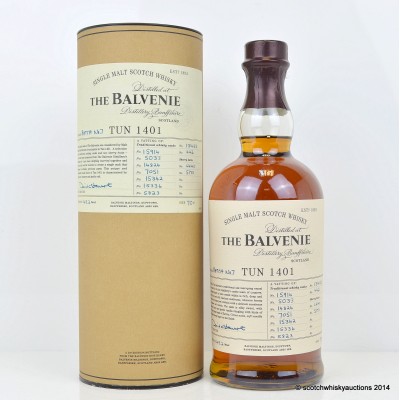 Tun 1401 was a very special vatting from Balvenie’s Warehouse 24, one of the oldest areas of the distillery grounds and home to some of the most special casks in Speyside. It was conceived by the Balvenie’s malt master David Stewart, who was so inspired by the magical atmosphere inside Warehouse 24, that he created Tun 1401 to capture the essence of it in a bottle.

Batch 7 was made for travel retail. The entire Tun 1401 series has now ended.