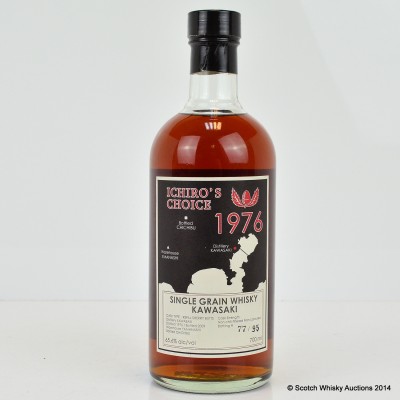 This was imported by Number One Drinks Company in 2011 and features a spelling mistake, Ymanashi instead of Yamanashi under the Warehouse on the front label. This mistake was made by Ichiro himself which he has acknowledged.

This grain whisky is from the closed Kawasaki grain distillery and was bottled at Chichibu by Ichiro Akuto who is the grandson of the Hanyu Distillery founder Isouji Akuto.