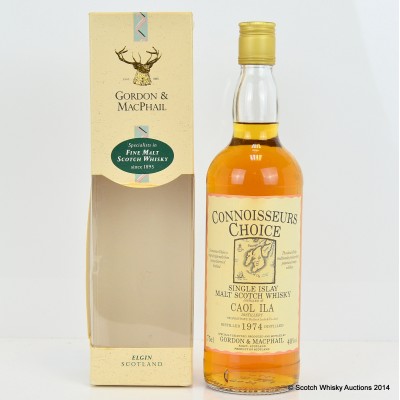 This Caol Ila was distilled during the Bulloch Lade & Co. era.