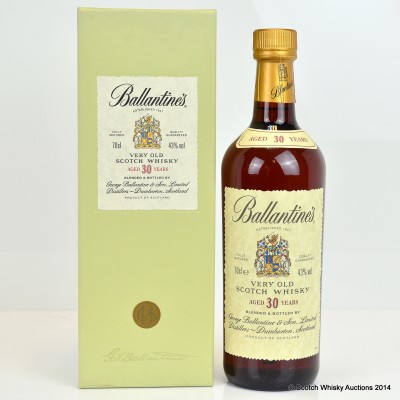 According to Ballantine's: Ballantine's 30 year old Scotch Whisky is a rare and exclusive blended Scotch which has been aged in oak casks for a minimum of thirty years. The blend is the oldest in the Ballantine's range and supreme quality aged Scotch Whiskies and is available only in very limited quantities.