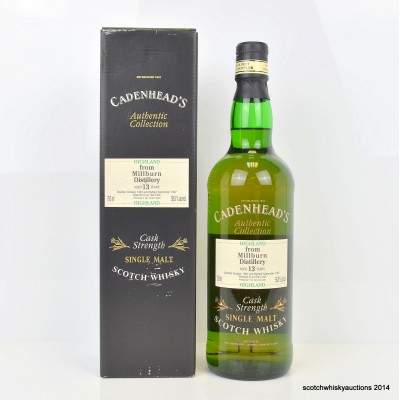 This whisky is from the lost Millburn distillery.

Front of the carton is scuffed.