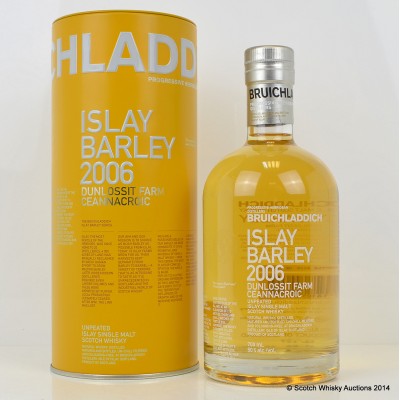 This whisky was made from Chalice Barley harvested in September 2006 and distilled in November.

Grown on land owned by one of Bruichladdich's shareholders, the Schroeder family and tended by farmer Jim Logan.