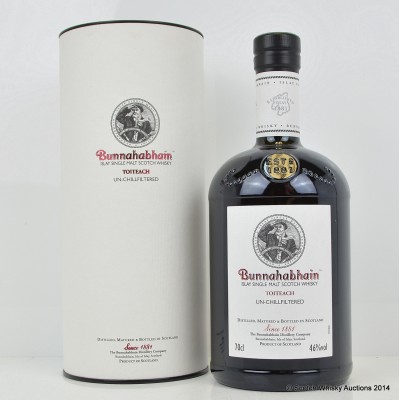 Toiteach (pronounced Toch Chach) means 'smoky' in Gaelic, and this is from Bunnahabhain but made with heavily peated barley.

After a string of highly-regarded indie peated Bunnahabhains, the distillery has finally released an official version.