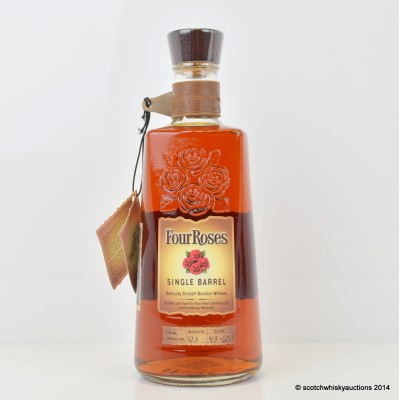 This Single Barrel was privately bottled for Plump Jack Wine and Spirits. It also details the mash bill on the side of the bottle.