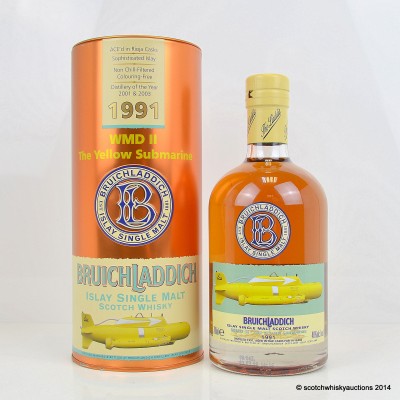 After an Islay fisherman came across the tiny yellow submarine, the MoD subsequently denied it was theirs. They sheepishly slipped into Islay one morning and took it back. Bruichladdich responded by issuing a limited release 1991 Laddie - Weapons of Mass Destruction II The Yellow Submarine.