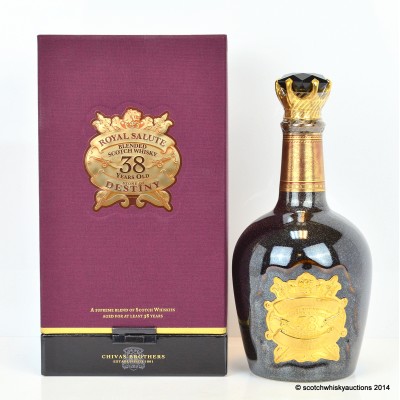 A very special 38 year old Royal Salute from Chivas, Stone of Destiny is named after the ancient stone used for British Royal Coronation ceremonies for centuries, symbolizing the approval for the incoming monarch.

The Stone of Destiny, after much intrigue and dark shenanigans, is now back in Scotland.