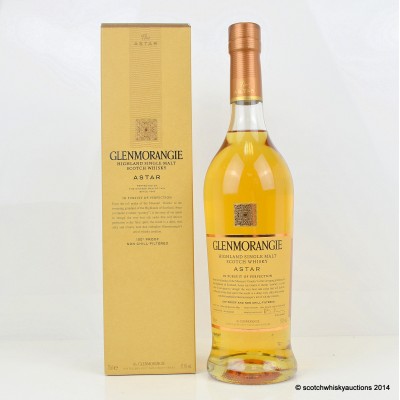 Or as Glenmorangie would have it: Pursuit of Perfection,from the tall peaks of the Missouri Ozarks to the sweeping garden of the Highlands of Scotland, Astar (in Gaelic it means journey) is the story of our quest to design the very best oak casks that will deliver perfection in the final spirit; the result is a deep, rich, silky and creamy malt that embodies Glenmorangies art of whisky creation.