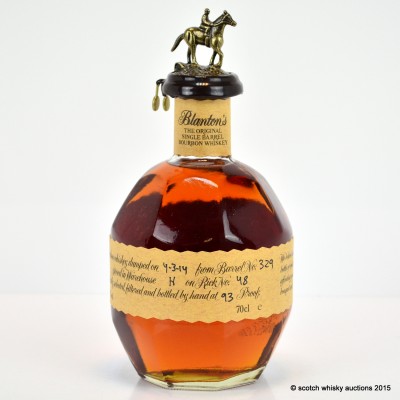 This is the international edition of the famous Blanton single barrel range. And here's a tip for those of you wanting to collect a few Blantons - the horse and jockeys on the bottle stoppers are all in different positions and poses. Well, each stopper is marked with a single letter that spells Blanton's when the set has been completed. Like smarties caps (for those of you old enough to remember that) for grown ups. We approve!