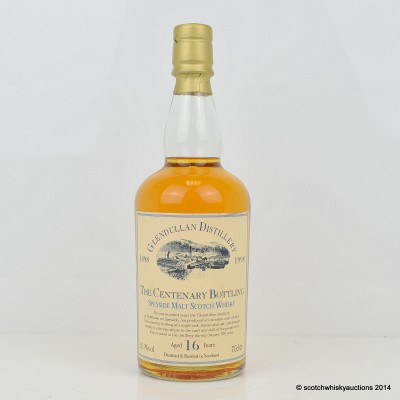 Glendullan was the last of the 7 original distilleries to be built in Dufftown (the total is now 9 although there are a number of silent distilleries in that number.) The original distillery had 2 stills and was largely demolished and rebuilt next door in the 1970s. They've weathered over 100 years of production in their various guises. Predominantly used for blends, there are only a handful of single malt releases, including this one.

This particular bottling was released to celebrate the distillery's centenary in 1998, it's a single cask and cask strength. The back label of the bottle even has the names of the 16 men and women employed at the distillery at the time of release.