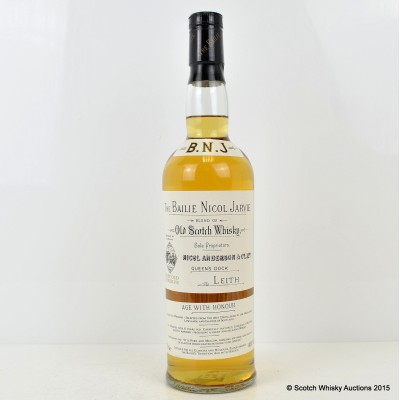 The brand was relaunched in 1994 by Nicol Anderson & Co. Ltd, based in Leith near Edinburgh. The composition of the blend was changed from the original recipe due to market forces. Only eight single malts from the Highlands (including Glenmorangie), Islay and Speyside (including Glen Moray) are blended together with grain whisky from the Girvan distillery in Ayrshire. In comparison, many blended whiskies contain between 20-40 single malts. The minimum maturation time in a cask is six years and the final BNJ whisky contains 60% single malt and 40% grain whisky.