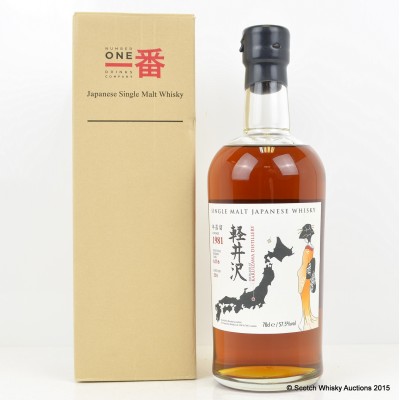 From the legendary Karuizawa distillery comes this 1981 single sherry cask release. Bottled at cask strength, this whisky has been matured in a first fill sherry cask and has been reported to be an "exceptional cask".

Bottle Number: One of 573 bottles released