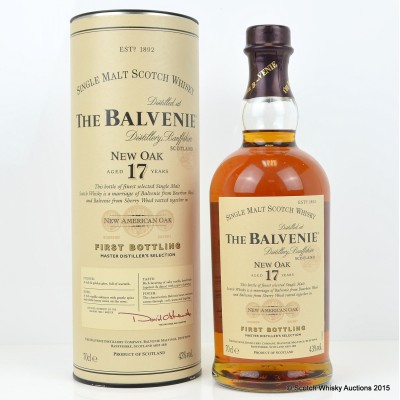 We couldn't agree more with our friends at The Whisky Exchange, who put it succinctly:

"A 17yo Balvenie from 2007, finished in new American oak casks. We know what you're thinking - how is it different to 2006's 'New Wood' bottling? Well, it's quite simple: 'New Wood' didn't specify what kind of casks were used for the initial maturation, while this is announced as a marriage of Bourbon and Sherry wood casks! Also, it's 43% rather than 40%. And, most importantly, 'New Wood' was a never-to-be-repeated release, whereas this is a 'First Bottling'. You see? Totally different."