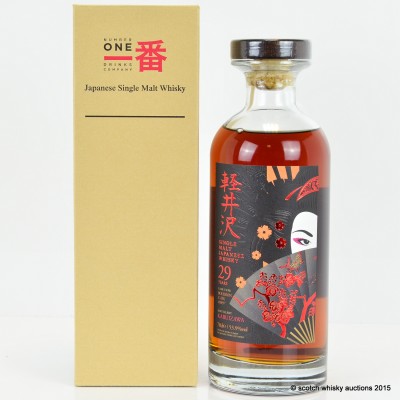 This is the Bourbon half of a two bottle release from Karuizawa which was first unveiled at The Whisky Exchange's Whisky Show at the end of 2014. We think that the label may be one of the most striking designs yet, and that's before we get to the whisky inside the bottle!

Only on sale at the show (so far) this is a great opportunity for anyone who wasn't able to join in with the festivities at the Vinopolis to get their hands on this monster.