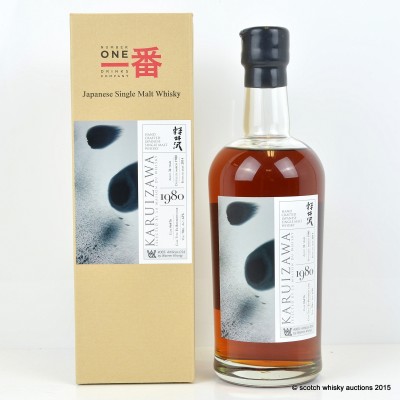 Another new bottling of Karuizawa for La Maison du Whisky, this time it's a Bourbon cask that's been used to aged the whisky. It forms part of the "Artifices Series" which was launched at Whisky Live in Paris, earlier in 2014. The series features different works by various artists. This label is designed by Warren Khong, from Singapore.