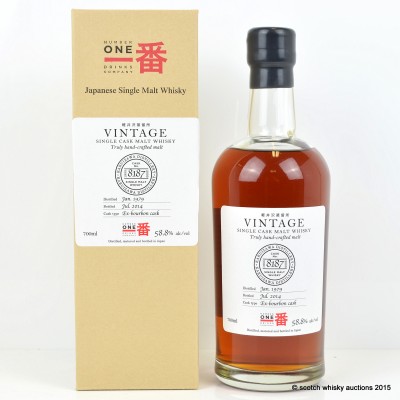 This is an American oak aged vintage release from Karuizawa, offering an alternative perspective on what it usually a sherry monster of a dram. Bourbon casks give this whisky more of a creamy texture, we've been told!