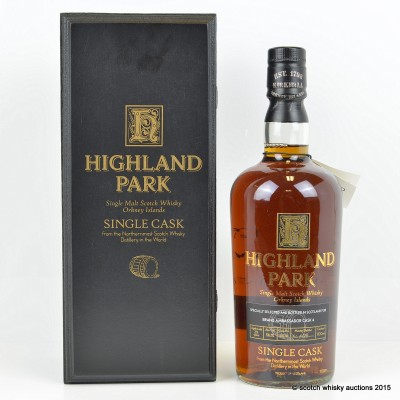 The success of the first three Ambassador Casks prompted the release of a fourth Highland Park cask in May 2008, again chosen by Gerry Tosh, then Head of Brand Education.

“On sampling various vintages, wood types and strengths my final decision was Cask #413 (from 1979). The reason behind my decision was the whisky from this cask had a very strong cherry note, a rich and naturally dark colour together with the taste of candied fruit which left your mouth watering. Like our first Brand Ambassador Cask this cask had a relatively high abv of 56.1%, but again had a tremendously good balance which did not allow its obvious cask strength to dominate the whisky.”

One of 160 bottles released