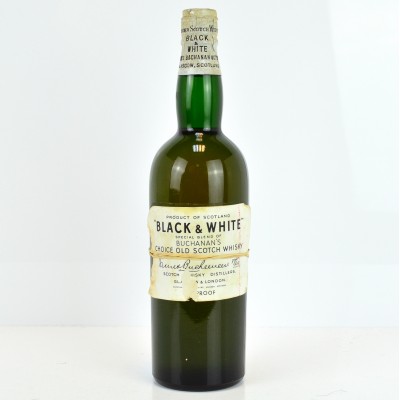 This is an antique bottling of Buchanan's Black & White with the spring cap.

70 proof (but we're not sure, the actual number has worn off!) / no volume information

Please note, the glue has worn off and the label is held on by rubber bands!